Governments form the administrative, judicial and legislative machinery of any nation or state. Comprising of multiple departments ranging across home affairs, finance, defence, commerce, foreign affairs, education, healthcare, labour and employment, agriculture, corporate affairs, legal affairs, parliamentary affairs, and more, governments are in a constant need to systematize their processes and streamline / automate their operations, so they can focus on what matters the most – public welfare, greater good, policy implementation and socio-economic development of the country. As such, they need help of technology and consulting to catapult their operations to the next level in accordance with the changing times.

CRM on cloud is one such technology that can help governments stay relevant and competent in operations, while maintaining their work quality, agility and innovation. Salesforce is one such CRM that has been recognized and endorsed by governments worldwide for its automation capabilities and support consulting partner network. It is worth a note that CRM implementation is never a one-time activity. Instead, it’s an ongoing process that involved multiple iterations, reviews, audits, integrations, updates and more. Governments and their technology consulting partner that understand this fact likely perform better as compared to their reluctant / hesitant / complacent counterparts.

We take a look at how Salesforce as a cloud-based CRM helps governments maximize ROI on technology investments, and allows percolation of ensuing benefits to the level of junior employees as well as common citizens. To begin with, Salesforce for governments is a suite of several cloud offerings that operate in a unified and centralized manner. These clouds include, but are not limited to, service cloud, marketing cloud, health cloud, enterprise cloud, sales cloud, commerce cloud, financial services cloud and more. Each of these clouds has in-built capabilities and offerings that help governments store and systematize their volumes of data and information in a customized manner, and lets them retrieve the specific piece of information that they are looking for at anytime from anywhere in the world.

Salesforce for governments also comes replete with features such as data analytics, social media and website integration, and advanced data privacy and security capabilities to name a few. The point is that governments can leverage Salesforce to bring impact to their top-line as well as bottom-line. Although most governments aren’t for-profit entities, still, CRM-on-cloud leaves them in a way better position than not having it at all. Salesforce brings the power of operational streamlining and process automation to improve the credibility and citizen-centricity of the governments.

Governments across the world need to work in a parallel and multi-faceted manner. They are literally responsible for their entire state or country, and as such, the level of technological intervention that they require also needs to be high-end. Both government officials and citizens / corporations dealing with them should be able to leverage on the cloud, else there is little use for governments to have a half-baked cloud that’s of little real utility. A good CRM would render governments the requisite flexibility and agility without having to compromise on process quality and/or innovation.

All in all, governments form a critical part of the socio-economic fabric of any state or nation, and as such, deserve the best when it comes to technology and consulting. Ideally, they need to have a dedicated consulting partner who holds ample experience and expertise in handling large-scale process streamlining and automation. Such a consultant would take all the load of technology and let governments focus on what matters the most – deliver services in an efficient, effective and citizen-centric manner. And, a good cloud-based CRM would allow them to do exactly that on a continuous basis.

Salesforce.com is a time-tested CRM-on-cloud services provider that has ample experience in serving governments worldwide as far as their technological needs are concerned. It has a dedicated cloud offering for governments that has gained appreciation worldwide owing to its versatility and reliability.

ABSYZ is a premier CRM solutions provider and a trusted Salesforce partner that bears all the performance and potential attributes to partner and consult governments as to how they can leverage on the power of cloud. Our long list of government clientele stands testimony to the fact that how we have digitally transformed governments and their approach to work.

To know more about how ABSYZ can help you too tap the latent power of cloud on a nation-wide or state-wide scale, contact us. Smarter and efficient way of selecting a candidate with Compare Applicant 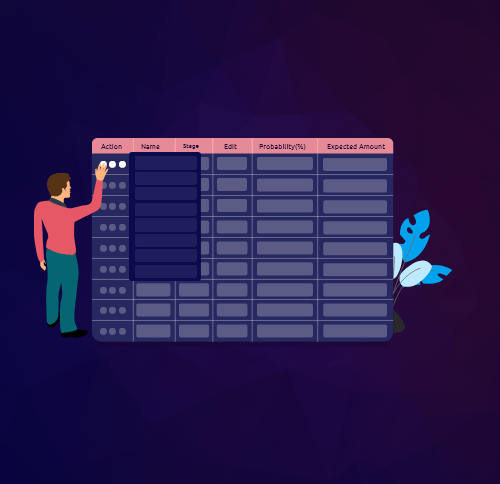